Frontpage of the XTree 2 manual from 1985

(It's aligned oblique in reality, too!)

An electronic version of the third edition of this manual
can be found within the xtree2.exe-archive on this site.

"Todd Walker ... tech support ... whenever I released a version for internal testing I would include a hidden feature or plant a harmless but new bug ... we'd have an informal contest to see who could find it first ... and it was usually Todd ... but I won a few: things so deeply hidden nobody found it.

'The Game' ended up being called 'Stump Todd', but the purpose was to ensure the tech support crew knew every detail of the program. And it also ensured that very few bugs ended up in final releases."

(Thanks very much to >Jeffrey C. Johnson
for handing down that anecdote!) 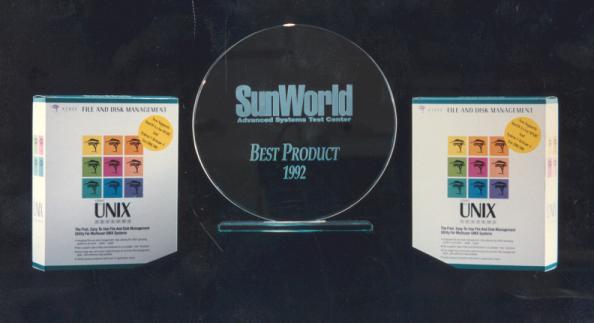 Sun Microsystem's magazine "SunWorld" in 1992 named
"xtree for UNIX" as its Product of the Year in the Utilities category.

-- thanx to Rob for supplying!